“We’re all Different, Yet the Same” Taiwanese Lesbian Music Video

*Screenshots from We’re all different, yet the same Taiwanese Lesbian Music Video.

One of the charismas of music video short films is its ability to tell a story within the time limit of a mere few minutes.

A lot of lesbian music videos have been spawning all over the internet lately, with artists like Tegan & Sara and The Veronicas, and as a young Asian, I couldn’t help but feel a little like part of a minority. That or maybe I haven’t done enough research. But since going back to university also meant being exposed to so many multicultural friends, they nudged me to explore a little more.

Jolin Tsai, or the Taiwanese equivalent to Beyoncé or Lady Gaga (as I was told by my new Taiwanese gay buddy), released her music video entitled, ‘We’re All Different, Yet The Same’, to address the case for marriage equality in Taiwan.

The music video reflects real-world issues when in 2016, a French professor residing in Taiwan committed suicide after not being able to sign the consent form for emergency operations for his partner.

In a little over 3 minutes, the music video had me in tears. Taiwan is moving toward marriage equality but with significant public hate.

Protests of more than 100,000 in number have marched the streets in opposition to the introduction of a same-sex marriage bill.

(Prepare a tissue, click play below and try to not cry) 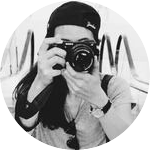 Amateur writer with a love for film, coffee, food, photography, books, dogs, and horse riding (not necessarily in that order). She currently lives in London with her girlfriend and often misses the sunshine back home.