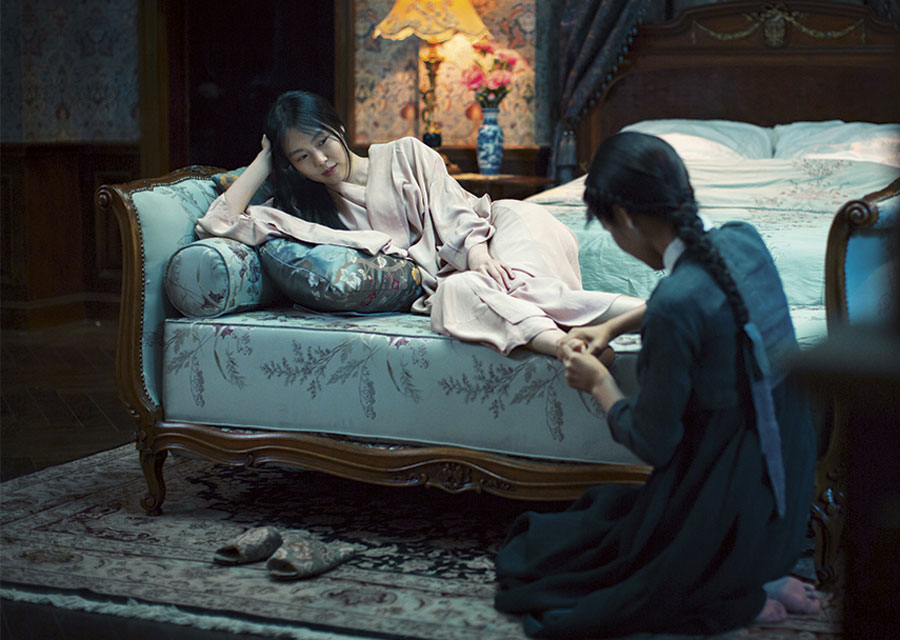 “1930s Korea, in the period of Japanese occupation, a new girl (Sookee) is hired as a handmaiden to a Japanese heiress (Hideko) who lives a secluded life on a large countryside estate with her domineering Uncle (Kouzuki). But the maid has a secret. She is a pickpocket recruited by a swindler posing as a Japanese Count to help him seduce the Lady to elope with him, rob her of her fortune, and lock her up in a madhouse. The plan seems to proceed according to plan until Sookee and Hideko discover some unexpected emotions.”

The storyline of The Handmaiden (2016) on IMDb and the linguistic similarity of its tilte made us wonder whether or not this is an alternative version of Sarah Water’s Fingersmith? We cannot answer that question for sure but what we know is that The Handmaiden is the latest film from the renowned Korean director, Park Chan-wook who left us impressed with the film Oldboy in 2013. Besides, its cool director, what we heard was also that there’re plenty of girl-on-girl actions!

For more information of the showtimes of The Handmaiden (2016)

Where: local cinemas in Thailand
When: currently screening
Price: various

Queerometer: 4/5 because we know you have been dreaming of this version of Fingersmith!

Kick it! A Guide to Women’s Football in Bangkok

Kick it! A Guide to Women’s Football in Bangkok